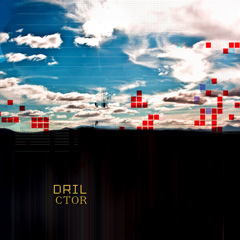 After his debut “Run Stop EP”, released on hippocamp in 2008, DRIL aka Tony Williams returns with an eight track mini album on laridae.at
Ctor or constructor denotes an adjustment from the previous form. Composed over a three week period in winter 2008, the album features analog melodies over broken electro beats, flavoured with elements of idm and early industrial. A sort of dark, omnipresent 80s flair grounds these 8 cold and abstract pieces of oldschool music.

All in one ZIP
laridae.at