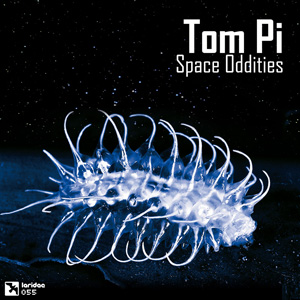 Space Oddities is the sonic incarnation of a long fostered musical vision by Tom Pi. The plot of this concept album is situated in a time-bubble that represents both past and future. It is a science fiction story that could only have been developed a few centuries ago when the outer space was still a much larger mystery than it is today. Astronauts were not scientists but superheroes walking around planets without breathing apparatus to free the original inhabitants from alien oppressors. And all they did was playing some tricks, shoot their laser gun and – if needed – get involved in an honest fistfight. This is the world Space Oddities tells about and it sounds just as retro-futuristic as that. Analogue Synthesizers are wobbling along, psychedelic Guitar sounds are floating around and the voices sound foreign and somewhat mechanic. Bass and drums are unerringly paving their way through this sound universe. When the music winds down a little, that’s when walls of synthesizers and choir sounds take over to give you the Goosebumps. Tom Pi’s Version of Steve Harley’s “Sebastian” is of that kind, and it fits perfectly into the Gesamtkunstwerk (total work of art) by the name of Space Oddities.